Home » Archive » Is Among Us Safe for Kids? 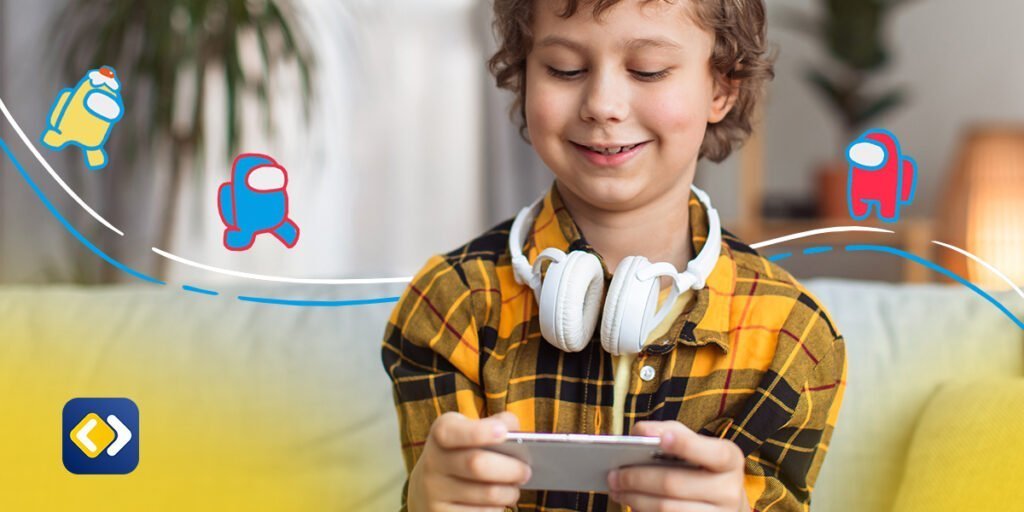 Is Among Us Safe for Kids?

Is Among Us Safe for Kids?

Among Us is an online multiplayer game released in 2018. The game’s plot is heavily inspired by the horror movie The Thing. And the rules are nearly identical to party games like Mafia or Werewolf. Due to the popularity and multiplayer nature of the game, parents often ask, “Is Among Us Safe for Kids?” If you opened this article wondering the same thing, consider learning more about the game’s basics. Doing so helps you reach the most suitable conclusion for your child. In this article, we will discuss the following: What Is Among Us?

Among Us is an online multiplayer social deduction game. In Social deduction games, players must figure out each other’s hidden roles using logic or bluff and conceal their true identity. The game is usually played with two teams—the good side and the bad. Like other games from this category, Among Us divides players into two groups. If you’re a crewmate, you are with the good guys. But if you’re an imposter, you are the killer and the bad guy. Here is what crewmates should do:

If you’re the impostor, here is what you should do: How Violent is Among Us?

Having your kid play a game where the ultimate goal is to kill or be killed might worry some parents. However, there are several things to consider before reaching conclusions:

Which Platforms Is Among Us on?

Among Us was a mobile game at first, being only released on iOS and Android devices in June 2018. But the Innersloth team ported the game to Windows later that year. In two years, the game was also released on Nintendo Switch. And now, it is available on PS4, PS5, Xbox One, and Xbox Series X|S. Plus, the game is cross-platform, meaning that your kid will encounter players from all these platforms, which brings us to our next topic.

How Will Other Players Interact with My Kid in Among Us?

As an online multiplayer game, it is inevitable for your kid to encounter strangers while playing the game. Each match can have between 4 to 10 players. The good news is that there is no in-game voice chat feature, so the interaction between your child and strangers is minimal. Plus, the in-game text chat feature is only available in short intervals for players to discuss who the impostor is.

However, it is still possible for your kid to run into bullies or other problematic people. Racial slurs, sexist comments, and harassment are all examples of what your child could encounter in the in-game text chat. Furthermore, your kid may use third-party apps like Discord to connect with others through voice chat. Discord is a popular social platform infamous for its inappropriate content for kids under 13.

Benefits of Playing Among Us for Kids

While merely a game, Among Us doesn’t just help your kid burn time. Due to its multiplayer nature, the game may help increase your little one’s social skills by letting them communicate with other players. Plus, the game is all about making logical decisions. So, players may hone their decision-making skills and develop their sense of judgement as they play the game. Besides, the game is an excellent way to entertain your kid. How to Make Among Us Safer for Kids?

Among Us is approved to be suitable for kids above ten, and the game lacks a voice chat communication feature, so parents don’t have to worry too much. But that doesn’t mean you should let your kid play Among Us fully unsupervised. While the interaction between players is limited, your child is still exposed to receiving inappropriate messages or requests to move the conversation to another platform like Discord, Zoom, or Skype. Plus, playing games excessively and staring at the screen for too long can be unhealthy for your little one. Here are a few safety measures you can follow to maximize your kid’s safety on Among Us:

No third-party apps can filter bad words used in Among Us’s text chat. However, the game features a Censor Chat option that detects inappropriate messages and automatically censors them. While this tool is far from perfect, it can help parents safeguard their kids against cyberbullying, harassment, etc. To enable the Censor Chat feature, go to settings and look for “Censor Chat.” Make sure it is on.

Using parental control apps like Safes, you can limit your kid’s time playing Among Us. Doing so ensures the game won’t gradually turn into an addiction. It also helps prevent long-term health issues caused by sitting in front of a screen for too long. Thanks to Safes’s Smart Schedule, parents can set screen time restrictions for each game or application separately. Follow the steps below to limit the time your kid spends on Among Us:

To prevent your kid from speaking with strangers on voice chat, you can use Safes’s App Blocker feature to block any communicational application on their device. Using the Web Filter tool, you may also block these apps’ web versions.

How to Block the Discord Application: