Home » Archive » Is Anime Bad for Kids or Just Misunderstood? 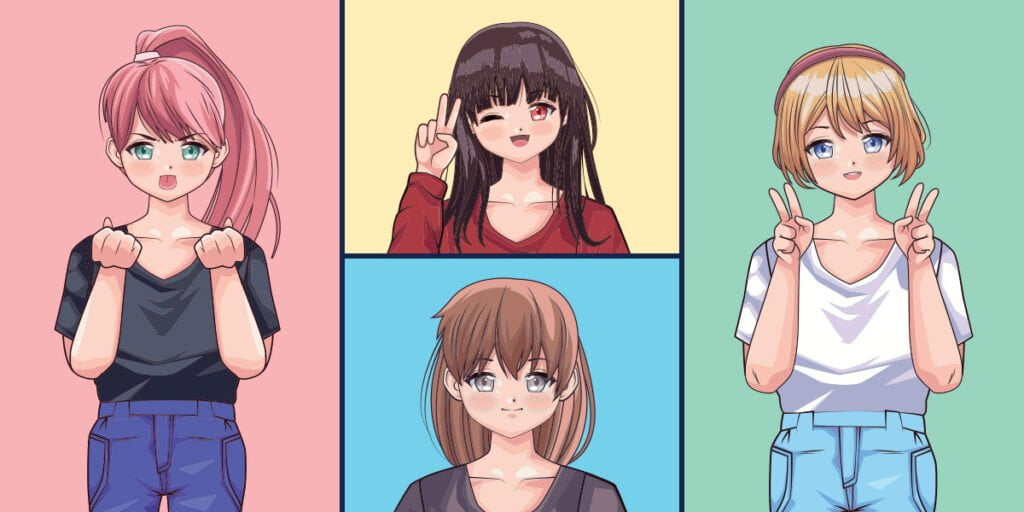 Is Anime Bad for Kids or Just Misunderstood?

Is Anime Bad for Kids or Just Misunderstood?

Though anime has existed as an art form for decades, its ever-growing influence in the West has led many parents to think twice about what their children actually watch. You yourself might be wondering if anime is bad for your child or if it’s just misunderstood. To make a decision about your child watching anime you have to first understand what anime is and how it’s defined. Afterward, you can understand what anime can contain and what it can’t. And then you can figure out the answer to the question: How is anime bad for kids?

In Japan, all animation is called anime (the shortened version of “animation” in English). But in English, the word “anime” refers to all animation that comes out of Japan. Anime can be hand-drawn or computer-generated.

Anime offers different art styles, genres, plots, and production methods based on the artist, the production style, and the budget, among other things. In general, they have some similarities in style. Japanese animators tend to focus more on the art style and less on movement. Characters usually have emotive, big, oval eyes. Anime usually has a complex narrative and sometimes deals with heavy themes.

Anime genres are usually categorized by their target audience. Anime’s target audiences are usually adults but that doesn’t mean that they contain inappropriate content for kids. Most anime covers adult themes that will go over your child’s head. That isn’t bad, it just means that your child won’t necessarily understand everything they see, and they may get bored. Difference Between Anime and Disney Animations

Visuals of anime are refreshing for Western kids because of their difference from most animations children are used to. The animation style of family-friendly Disney and Pixar movies is very different from what your average anime shows you.

Disney, Pixar, Sony Animations, Dreamworks, etc., all focus on making a family-friendly animation that works for everybody. Their animations may contain a few adult jokes here and there but your child won’t get it, and that sometimes makes it all the funnier.

How Is Anime a Bad Influence on Your Child?

There’s nothing inherently bad about anime. As an art form, you can say the same about animation, live-action movies, and even paintings. Anime refers to a specific form, while what makes something inappropriate for your child is the content represented. And the content shown in anime varies widely, from kid-friendly anime to sexually explicit anime.

Adult themes can be thought-provoking for the right audience, but for the wrong audience, they can be destructive or in a best-case scenario go completely over their heads. An anime that seems very kid-friendly might have many philosophical concepts at its heart that your child won’t get at a young age. That’s why anime is so popular with teenagers since they’re young enough to enjoy the more childish parts and also old enough to understand the themes underneath.

What Problems Does Anime Cause for Your Child?

There are a few problems with anime that might make watching them a dangerous endeavor for your child. Though these problems don’t plague all anime your child watches, they should be considered risk factors that you take into account when determining what is appropriate anime.

Hard to Tell Who the Target Audience Is

Because of the distinctive art style that anime possesses, it may be difficult for your child to know who it’s targeted at first glance. Unlike a traditional family-friendly animated movie, your child might start watching a perfectly good anime until they suddenly see a violent scene.

Kids may become addicted to watching anime all the time. If it’s a movie, as a parent you’ll know that they’ll be done watching in less than two hours. But long-form anime series are generally more popular than anime movies. Though addiction to binge-watching a show isn’t exclusive to anime, anime shows definitely make binge-watching more prevalent.

Since anime series usually don’t have specific seasons and include hundreds of episodes, it’s possible for your child to become addicted. Your child may beg to see just one more episode only to discover that the next episode ends on a cliffhanger just like the previous one. And this can go on for a long time. How to Protect Your Child from Inappropriate Anime

There are a few ways to protect your child from the various dangers that anime may expose them to. Here are the main methods you can use.

Anime has ratings just like other movies and shows you watch. So just as you check the age rating of a show your child is watching, you should also make sure that the anime your kid sees is age-appropriate. Every country has a different rating system so we can’t discuss a single one here. The good news is that today, almost all anime shows and movies have appropriate age ratings.

The bad news is that sometimes, the age ratings might not be accurate enough. Overall, it’s best to search the name of the anime and see what category and genre it falls under. That way you’ll be able to get a sense of how much violence or sexual undertones it has if any.

Watching Anime with Your Child

The great thing about anime is that it can include thought-provoking themes without ruining the fun for kids. Watching anime with your child can both be a fun parent-child activity and be awarding for yourself. Too often do parents think that if they watch anime they’ll be bored, but you might be more excited about watching the next episode than your child. Soon you too will discover that anime is child-friendly.

Apart from the problem of inappropriate content, we also mentioned that your child might spend too much screen time on anime. To make sure that your child doesn’t throw their life away watching anime as a way of escapism, using a parental control app is your best option. Using Safes, you can:

Answering the Question of How Is Anime Bad for Kids?

Anime is a great source of entertainment whether you are an adult or a child. However, unlike most animations, anime is not always kid-friendly. In fact, anime can sometimes practically substitute for pornography. It all depends on the content. Just like any art form, anime is not inherently good or bad, for children or for adults, or violent or cute. It’s all subjective and depends on the genre, narrative, art style, themes, and even the culture of the country you live in.

At the end of the day, Safes can let you relax knowing that your child isn’t being distracted by anime or influenced by inappropriate content. For more information on the features and pricing of Safes, feel free to contact us.

Q: Can Safes block anime in my child’s school?

Yes. Using the Geofence feature of the Safes app, you are able to set a specific area and designate rules inside it. For example, you can set a rule that will block streaming services from working in that area on your child’s phone. On the other hand, if your child’s school uses Safes’s sister app, Safes School, they can also set such limitations during school hours.

Q: What are some examples of anime suitable for 10 year olds?

Some examples of anime shows that are suitable for a 10-year-old include:

Examples of anime movies that are appropriate for a 10-year-old include: