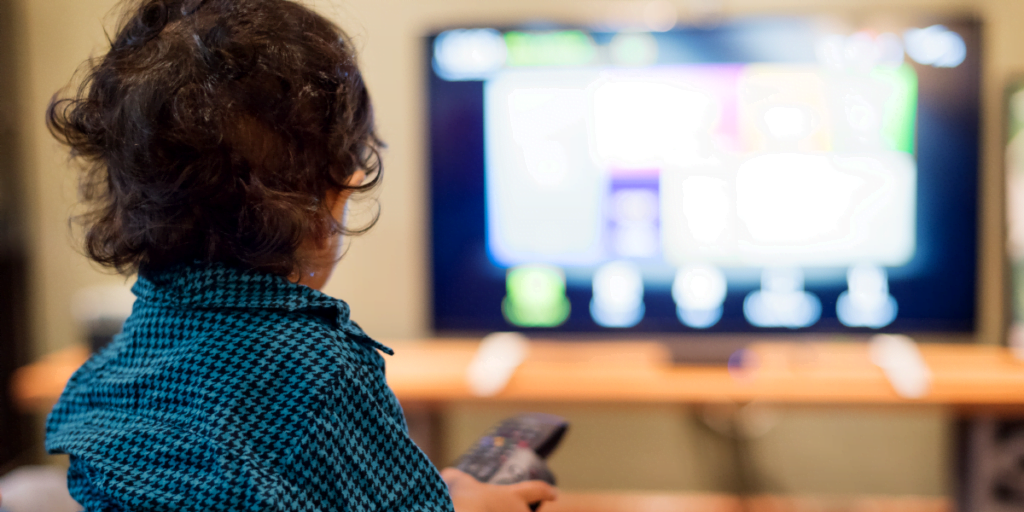 Negative Effects of Television on Youth

Negative Effects of Television on Youth

I vaguely remember when we bought a new TV, and the old one (which was old when we bought it) was given to me. My parents saw this as an opportunity for me to watch my favorite programs and for them to watch theirs. This way, every night at 7 PM they got to watch their soap opera and I got to watch Doctor Who without the need for negotiation. This incident was a dream come true for me and yet I wasn’t aware of the negative effects of television on youth as I am now. This is a cautionary tale for parents. Read on to find out.

Is TV Bad for Kids?

TV isn’t inherently good or bad for anyone. It’s a medium through which we understand the world. The problem, as well as the topic of this article, is that its negative effects trump its positive ones the younger its audience is.

Some might argue that violent scenes have a negative effect on an audience regardless of their age. But their effect increases as the audience’s age decreases. Children’s brains are more plastic than adults’ so their experiences make an impression on their brains both figuratively and literally.

The purpose here isn’t to say TV is all bad. After all, I myself had a lot of fun watching Doctor Who and letting my imagination run wild. But I did have access to other channels; channels that my parents knew existed but didn’t have a clue about their content.

In fact, TV has been shown to have educational value in certain circumstances such as the program, Sesame Street. Apparently, the children who watched the show got higher scores on the Peabody Picture Vocabulary Test than children who didn’t.

Here we’re talking about the negative effects of television on youth, not toddlers and infants. For that age range, television programs are a big no-no. This is because their brains are still developing as they interact with the world. Looking at a passive screen isn’t a healthy screen time habit for that age range.

The negative effects of television on youth can be divided into four dimensions.

The most prominent problem with teenagers being exposed to violence is their desensitization to it. Studies have shown that if their exposure is too much in real-life, as well as the fake depictions in media, they can get desensitized. Desensitization contributes to the increase in adolescent violence.

If younger children see violent scenes, they might even get frightened. This is because young children can’t completely tell the difference between what’s real and what’s not. I knew Doctor Who wasn’t real, yet I was afraid that the Cybermen (one of the series’ antagonists) would come for me. This can have an effect on children’s mental health. But that’s just a sci-fi TV show. Programs that feature very real violent scenes can change a kid’s attitude toward the outside world.

Violent scenes also usually depict the “good guys” hitting the “bad guys.” Sometimes this can lead to a confusing moral lesson for youngsters, especially if the “good guys” are the bad guys in real life, like when people rob a bank in a movie. 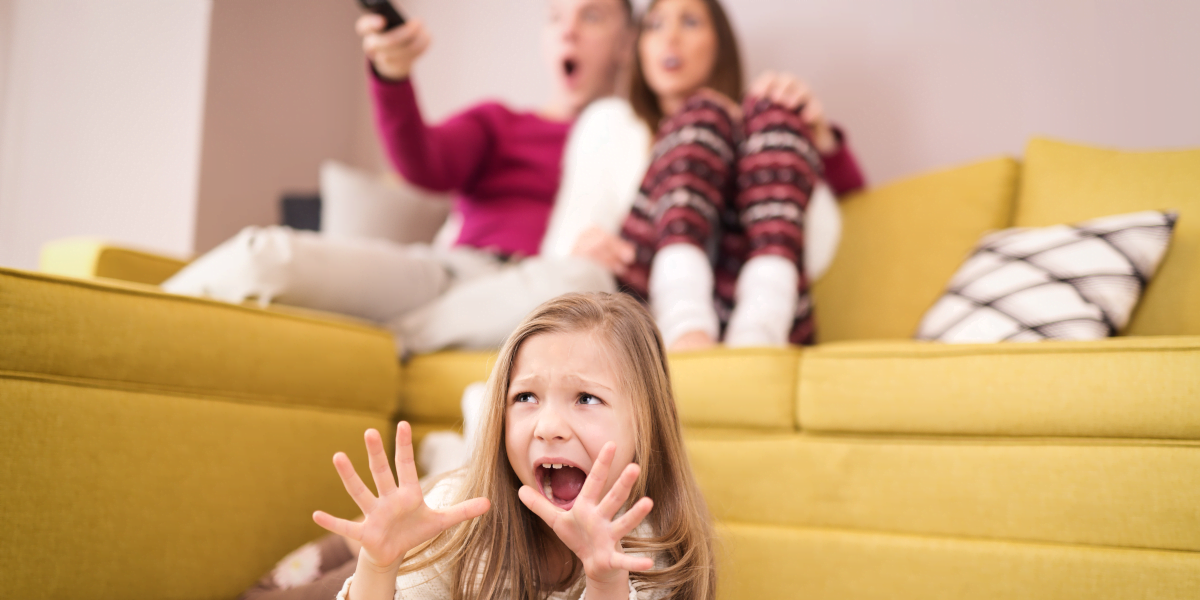 All the parents I know personally, would agree that there’s a time and a place to have a talk about “the birds and the bees.” But sometimes TV programs spoil things since they give away the whole “surprise,” for the lack of a better word.

Mostly, TV programs put questions in the heads of little ones, questions that are perfectly reasonable to have but at an older age. This makes things difficult for parents who want to be truthful with their children from the start. Studies have shown that increased exposure to sexual content affects sexual attitudes whether it be talking about sex or actually showing sex in a TV program.

Here consumption refers to both legal and illegal consumption. Consumption of food isn’t illegal, generally speaking, but it can have an adverse effect on society by increasing obesity. Consumption of tobacco, alcohol, and drugs is also shown in television programs, all influencing a teenager’s decision to experiment.

I personally know young adults that started smoking after watching Peaky Blinders. If adults can be impressed so easily, teenagers are just one step away from making a horrible decision for their future. In the case of food, a 2015 study in Poland shows that two of the main non-genetic factors involved in obesity are overeating and a lack of activity.

It’s reasonable to deduce that an increase in watching television leads to a decrease in activity. The “couch potato” is a famous role we’ve all played at least once in our lives. Also, the numerous food commercials which are usually fast foods play a role in obesity increase as well. 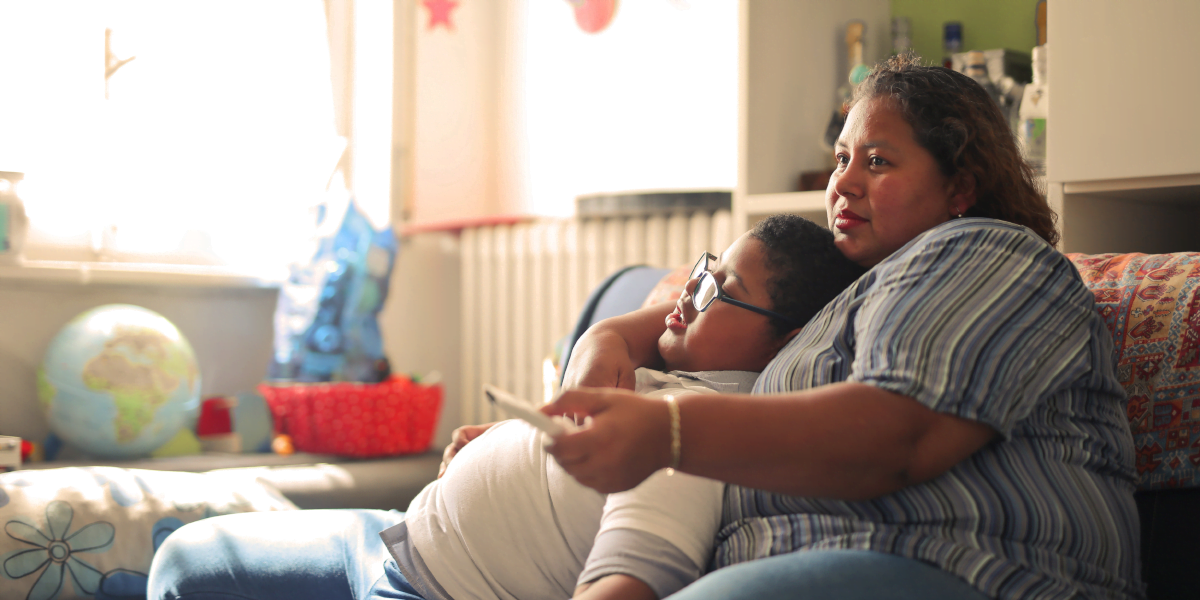 According to ScienceDaily, too much screen time can lead to an increase in depression rates. This screen time can be spent in front of a television, a tablet, or any other type of screen. Great television programs can glue us to our screens, especially in the age of binge-watching.

Sleep problems can lead to mental health issues as well. According to the Sleep Foundation, the blue light that our screens emit messes up our circadian rhythm or sleep cycle. One of the main sources of blue light in our everyday lives is television.

How We Can Reduce the Negative Effects of Television on Youth

Getting rid of television isn’t a very practical solution. For young children and teenagers, it’s best to set limits on how much screen time they get in a day. If the maximum healthy amount of screen time for adults is two hours, then it has to be less for teenagers.

Although parental control apps help with reducing the negative effects of television on youth, they don’t replace the need for good parenting. Try to open a channel of dialogue with your child, and discuss the programs they watch. If you think a specific program is inappropriate, explain your reasons to them and give them a chance to object. As they play by the rules, slowly give them more space. And when they don’t, take away their privileges. Safes is an awesome tool to use for good parenting. In fact, I feel a bit unlucky, since there were no parental controls for my generation, and I had access to channels I wish I didn’t. Let’s hope Safes makes your kid’s childhood safer than our generation’s.

Frequently Asked Questions About the Negative Effects of Television

Too much TV time is bad for kids for a couple of reasons. First, they are much more easily influenced by programs than adults. So, programs that depict violence, illegal drug use, and sexual content might make some things look cool to kids that actually aren’t. Also, TV can mess up a child’s development process, especially toddlers and infants.

Q: What is the circadian rhythm?

According to the National Institute of General Medical Sciences, the circadian rhythm is the collection of behavioral, physical, and mental changes that follow a 24-hour cycle. The cycle responds to light and is related to an organism’s biological clock.

Using Safes, you can choose set a screen time limit for each app, and determine the maximum amount of time your child can use the app every 24 hours. You can also set your new settings as a daily schedule. To learn more about Safes’s features, check out the FAQ page.