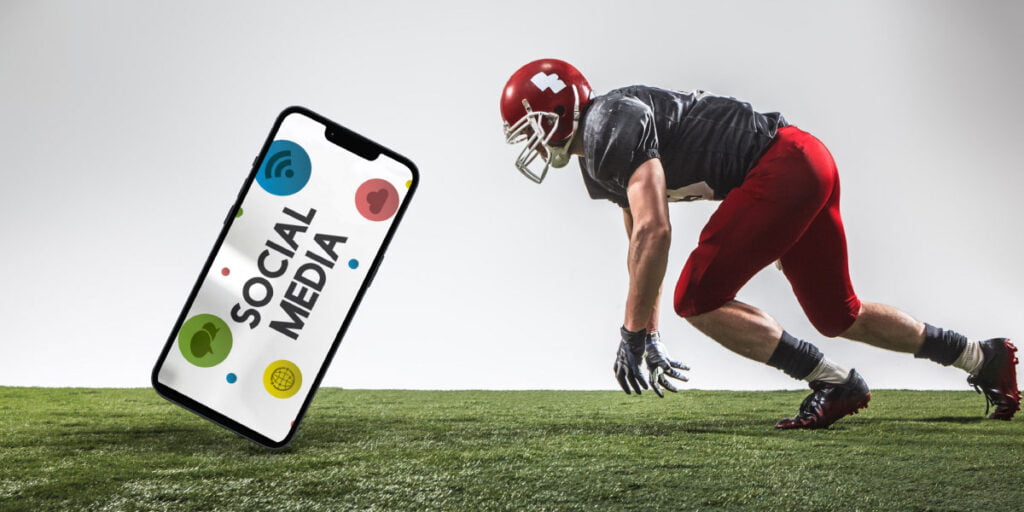 What I’ve Learned from Stories of Social Media Ruining Lives

What I’ve Learned from Stories of Social Media Ruining Lives

This must be the million-dollar question of the decade: Is social media ruining our lives? You might have heard countless stories of social media ruining lives, and yet, you keep writing that tweet whenever you think of a funny thing or encounter something interesting. You still keep taking pictures of your well-garnished meals at fancy restaurants to post on Instagram.

It may sound odd to Gen Alpha (born after 2012) that social media platforms, the byproduct of smartphones, are barely as old as they are. It’s what they’ve known their entire lives. But we millennials – or previous generations for that matter – were already semi-adults when social media started entering the picture. We know what it’s like to live without smartphones. We even have analog childhood photographs (bizarre to our kids, right?). This is all pretty new to us.

Statistics suggest that nowadays, 76% of internet users have a social media account of some sort. It seems as though we have gradually lost the ability to experience our lives first-hand, without the interference of the go-between that is social media.

So, if we suspect social media to be so destructive, even life-ruining, then why is it that we can’t pull the plug on it? Why do we feel like we cannot carry on without it? Is it simply that we have no self-control? Is it our vanity keeping us there? Or is there something more calculated at hand?

In this article, I will try to focus on how social media has affected our lives negatively and even single-handedly ruined people’s lives, and what we can do to shield ourselves from it. 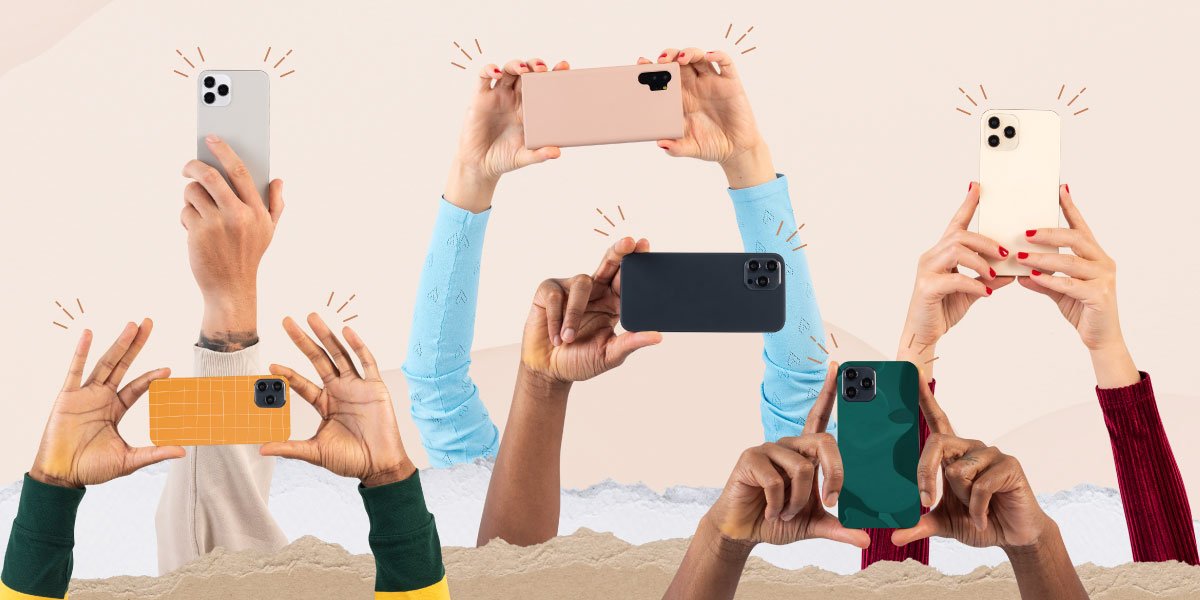 Reflections from Another Realm: Reality vs. Social Media

Social media brought about the phenomenon of “influencers”, active social media users who post content relentlessly, try their hardest to draw attention to themselves, and gain the most engagement possible, all with one aim: gaining their followers’ trust, thereby selling their advertised product.

The fact of the matter is, both influencers and their audience are torturing themselves through social media. Influencers, who have been competing over projecting the most ideal image in the past, are now competing over presenting their followers with the most “real” image on social media. Although standards seem to be changing, the competition still remains. And you can imagine how exhausting the pressure must be. Katherine Ormerod, a social media influencer herself, goes into detail on the terrible effects of these platforms on influencers in her 2018 book Why Social Media Is Ruining Your Life, which can be recommended if your teen is into becoming an influencer.

Even though influencers have been taking a more realistic approach lately, their followers still have trouble adjusting themselves to the new “real” trend. Most people who don’t make their money through social media are still trying to show the most perfect side of their life on there. It’s all about representation; if it looks good, then it must be good. Impress your followers with your achievements and good looks, make them jealous, and make them want to be you. And then, you might even want to be you. 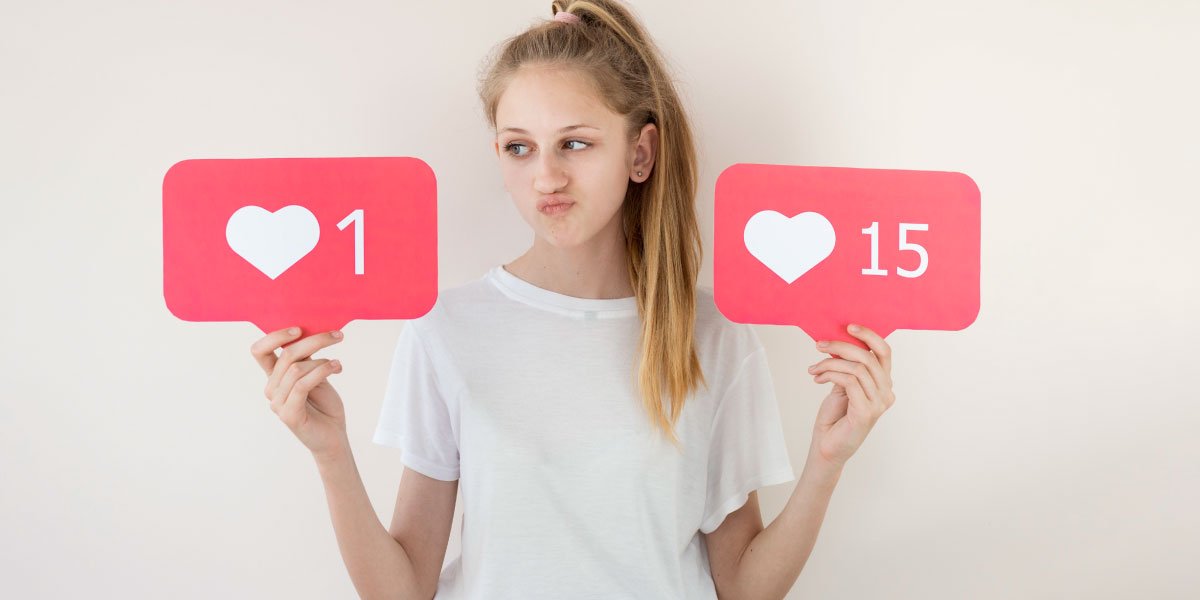 Broken Without Making a Sound

Most social media users are deeply harmed by the social comparison fueled by these platforms but never make the slightest peep. And what happens when you don’t talk about the things that bother you? That’s right. They pile up, and before you know it before you even realize it, they blow up in your face. That’s why it’s important to acknowledge the mental problems social media has caused us before they knock us out.

Ten years ago, when I was just graduating high school, I had no trouble focusing on things at all. I could be in a room full of rowdy teenagers, and still, be able to finish reading the book I’d started a couple of days before. Now, however, I find myself constantly restless. It takes me ages to finish a 200-page book. Concentrating on my tasks seems almost impossible. But I didn’t use to be this way.

Chances are you may have felt it too. The truth is we can’t all have ADHD. It doesn’t make any sense. Then what’s happening to us? What is it that’s making our attention spans get shorter every day? Could it be…?

Since 2007, when Apple introduced the first-ever smartphone to the world, we’ve all been patiently watching our focus and attention slip away, little by little. Well, maybe not patiently watching. More like skipping. Smartphones, and social media by extension, are designed in a way to keep you constantly engaged, and feed your brain crumbs of junk before preying it with the next tasty and yet unhealthy snack. They adjust and adapt your brain to little pieces of information, without going deep into any of them. And the subjects change by the second.

No wonder we all have trouble concentrating. But think what social media’s doing to a child whose frontal lobes are still in development. It’s horrible never knowing what it’s like to be focused, isn’t it? 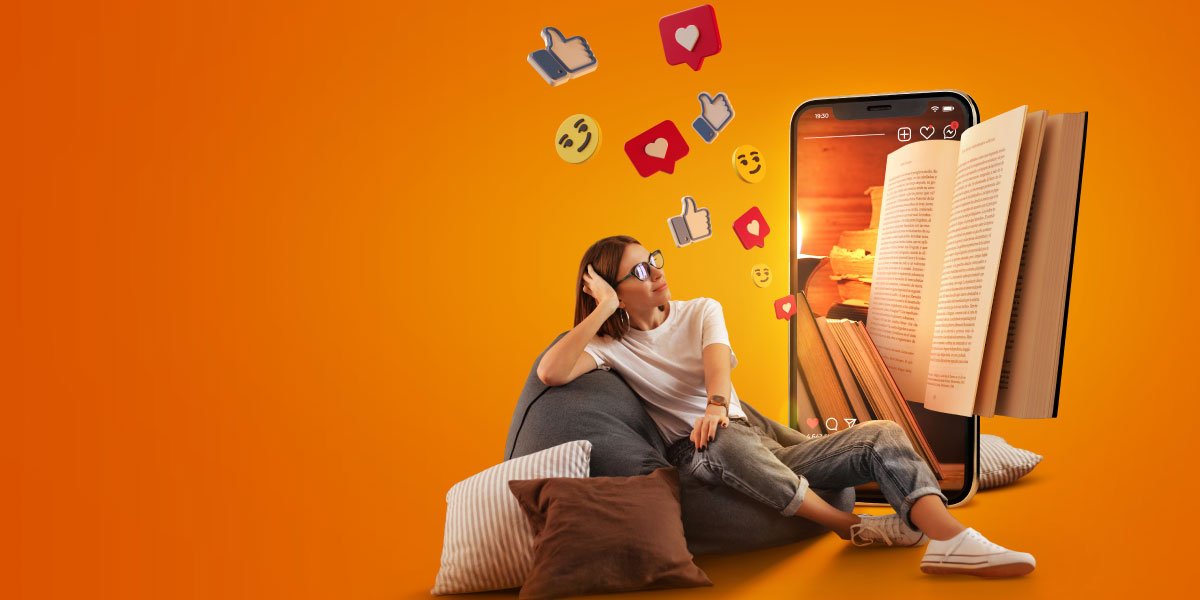 It’s true. Social media has the power to clutch you in its mighty fist, making you gasp for air. It’s not too friendly an environment if you make a controversial statement, post a picture from a bad angle, or make a joke that might be taken the wrong way. And there is always someone who will take it the wrong way. You have to be very careful, especially if you have a large number of followers. And there are always people who will take immense joy in seeing your downfall. More often than not, you can put your money on social media being unkind, with no risk.

You may also have heard stories of social media ruining people’s lives, some of the most notable of which are:

90s supermodel Linda Evangelista spent six years in hiding after a cosmetic procedure ended up severely deforming her face. It’s hard to imagine the detrimental effects of a permanent beauty mishap on a supermodel, but after hiding her face from the camera that used to love her for so long, she finally opened up about what she’s been through. In her recent interview, she talked about her fear of being caught on camera and having her pictures swirl around social media before she was ready to show us her new face herself.

Public shaming has existed for thousands of years, but in this day and age, social media has taken on the responsibility of carrying it out. Monica Lewinsky, who was one of the first people to experience intense public shaming by the media and survive the scrutiny, gave a highly interesting Ted Talk on the matter back in 2015 (almost twenty years after the scandal that ruined her career and nearly destroyed her life). 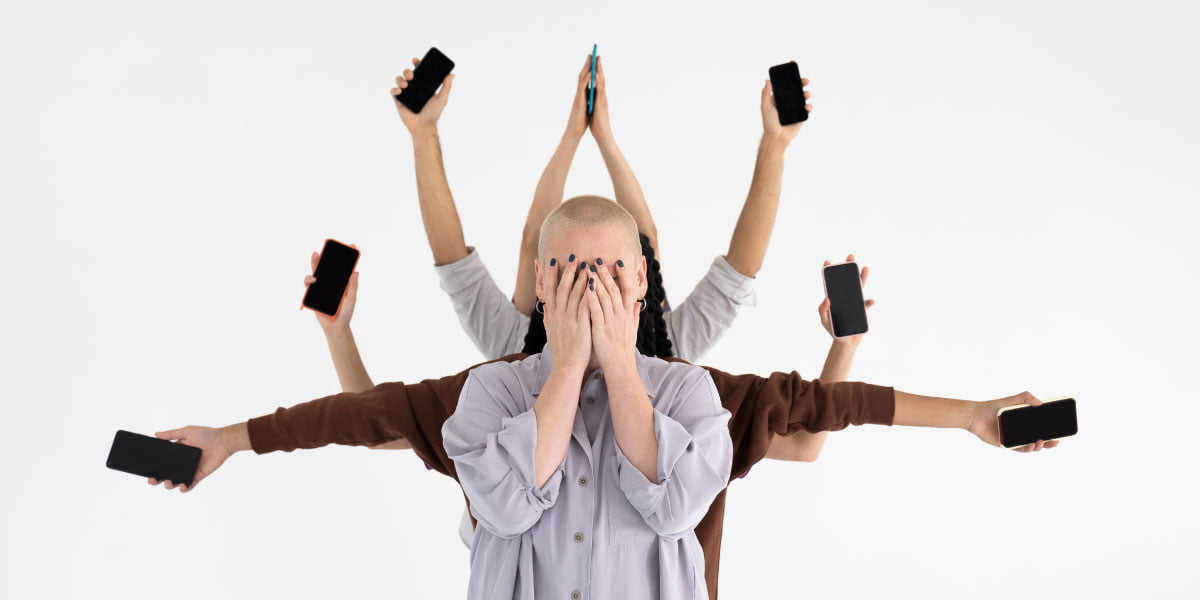 Lindsey Stone, another victim of public shaming, albeit this time through social media, posted a picture on Facebook that turned her life upside-down. The picture—posted as a joke—went viral, as people found her humor to be extremely offensive. 3000 people signed a petition to get her fired from her job, and 30000 liked a Facebook page that demanded the same.

She was fired by her employer right away and received many rape and death threats, and countless nasty and aggressive comments. She got deeply depressed and experienced severe insomnia in the aftermath and wasn’t able to leave her house for an entire year. Just another example of people’s lives ruined by the internet.

It is shockingly easy to get information on different ways of committing suicide on the internet. And social media is no less filled with suicidal people talking about their despair and the intention to kill themselves, many of whom unfortunately manage to pull it off. In the most recent instance, Mohammad Moradi, a 38-year-old man, posted a video of himself on social media, stating his intention to take his own life. He died in the river Rhone in France, in an attempt to draw attention to the 2022 political uprising and bloodshed in Iran.

Sunil Tripathi, a 22-year-old American student who was wrongly accused on social media as a suspect in the Boston Marathon bombing, was found to have committed suicide. Although his suicide took place before the misidentification, the wrong accusations that took over social media caused his family significant pain. Sunil never had to deal with this faulty crowdsourced investigation and the subsequent doxxing (sharing someone’s private information online with the intention to harm them), but it could have happened to anyone, ruining their life. 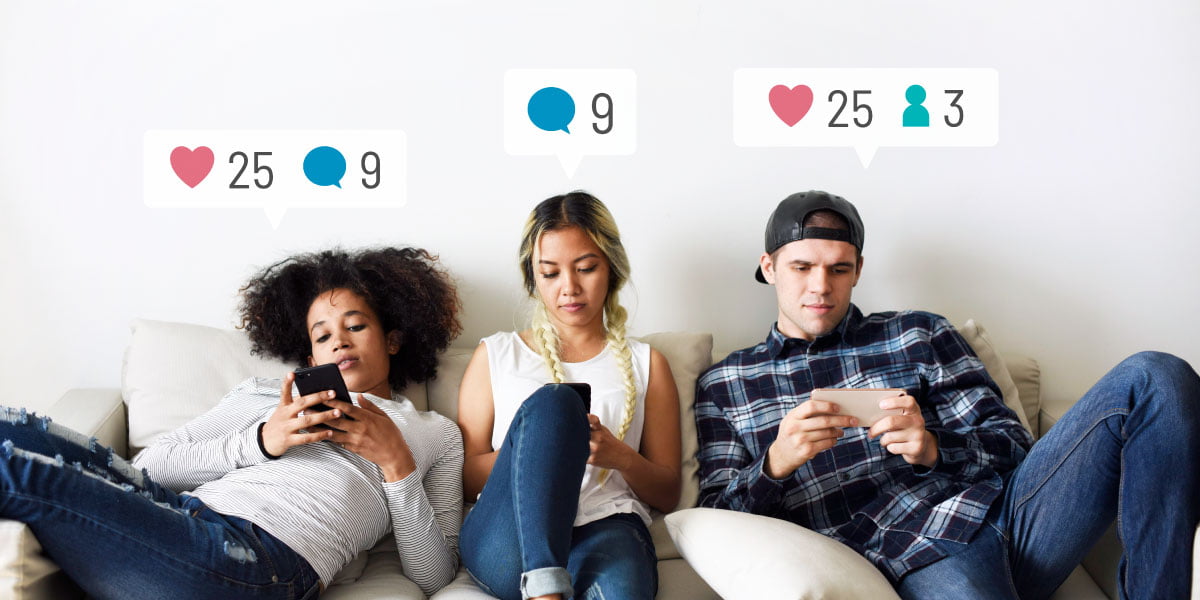 Tips to Keep Your Life Intact from Social Media

If you’re tired of hearing stories of social media ruining lives but don’t know what to do about it, here are some practical ways that can help you keep the dangers of social media away from your life (to some degree at least):

If you have also found yourself spending one hour after another on social media, not doing anything productive yourself as a result, then you must give this a try. Instead of dwelling on other people’s achievements and making yourself feel miserable, write down a list of achievable goals for the day, and try to make them happen. Be careful not to overwhelm yourself, though. Keep it simple and easy, and enjoy feeling productive at the end of the day.

Find yourself a nice hobby (besides scrolling through social media!). Taking care of plants, reading a book, or knitting can all go a long way. If you’re more of the adventurous type, do something more exciting. Honestly, anything can be better for your mental state than social media. Give yourself a break and let your mind relax for a bit.

Are you also in the habit of checking your social media right after you wake up in the morning? You can easily give it up by putting your phone in another room, outside your reach. Don’t keep it under your pillow, or on the nightstand. Scrolling through social media first thing in the morning can practically ruin your whole day.

In the end, remember that social media’s detrimental impact on mental health isn’t limited to adults. Children and teenagers are also especially vulnerable to its threats and if you’re a parent, you need to shield them from its dangers. Safes is an all-around parental control app that can help you monitor your child’s activity on their digital devices, including on social media. Read more about Safes’s features and pricing and start protecting your child today.