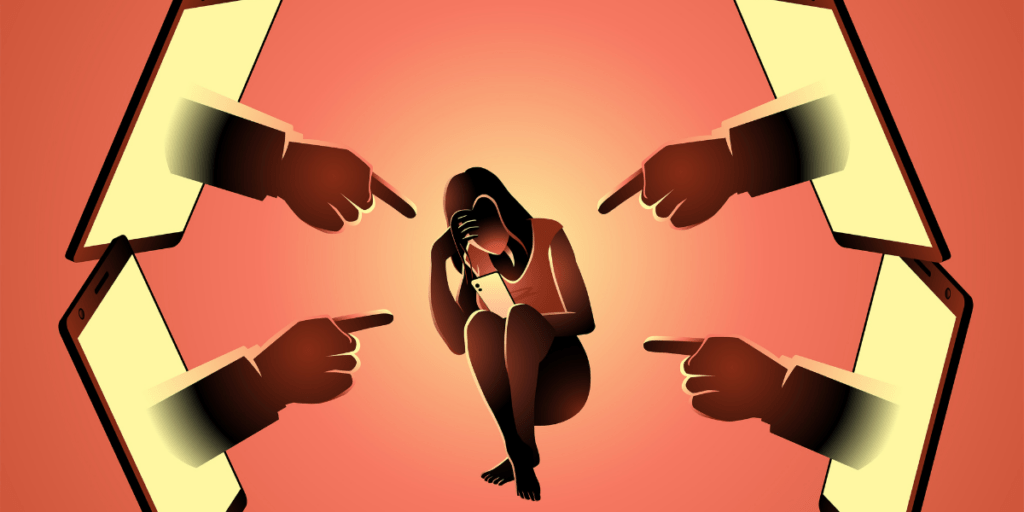 Get Familiar with the 4 Most Common Types of Cyber Racism

Get Familiar with the 4 Most Common Types of Cyber Racism

What Exactly Is Cyber Racism?

Racism can manifest in various ways, including offensive jokes or remarks, verbal aggression or name-calling, bullying or intimidating, or public statements that incite hatred toward particular groups. Cyber-racism is the term for racism that occurs online. Cyber-racism can be expressed verbally and visually on web pages, blogs, social networking sites, via videos, or by email. Cyber-racism on the internet can take the form of a website’s code, texts, photos, videos, blogs, and comments online.

Additionally, other instances of cyber racism include racist remarks, representations, or language in emails, social media sites, or text messages. Some of the most common types of racism on social media and online racist discourses are: Stereotyping is a generalized belief about a particular category of people, such as gender, cultural and age stereotypes. “Boys should be directed to like blue and green; girls toward red and pink.” “Participants from Country Y are good students, but students of country Z don’t like to study.” “Older people and seniors contribute little to society.” These are some of the common stereotypes. They could sometimes be positive. But unfortunately, there are plenty of negative stereotypes on social media.

A scapegoat is someone who is placed to bear the blame of others. We are aware that scapegoating is a violent socio-psychological undermining tactic used to shift responsibility and accountability from one individual or group to another. It’s also a habit when people accuse other people of things they shouldn’t be. The victim is inclined to witness rejection from people who the perpetrators attempt to influence, which adds to the victim’s sense of isolation.

The victim may also rightly feel persecuted and subjected to unwarranted vilification, blame, and criticism. Bullying has gotten more and more acceptable in our society, and it is undoubtedly used in politics. During WWII, the Japanese bombed Pearl Harbor. The US then began an anti-Japanese propaganda campaign and imprisoned thousands of Japanese-Americans. Anti-Japanese racism lasted for YEARS as many people blamed EVERY Japanese person for the bombing. To start forming an idea or belief in the minds of others, a person or a group of people create an environment and start posting what they think is suitable for the people of the same opinion to see.  People who are in that space will only encounter information or opinions that reflect and reinforce their own, usually against a specific class or race. “Hispanics are responsible for most of today’s violence.”  “Hispanics should go back to where they came from.” “I don’t want my daughter to attend the same school as the Latinos.”

“Why are Hispania’s always angry? They act as if we owe them something.” Since the opposing views and opinions will not be discussed, Echo chambers can create misinformation and distort the perspective of whoever joins their chamber. There’s a saying, ‘ the pot got to call the kettle black.’ When people of color speak out against racism and discrimination or establish places for themselves that people with white skin color aren’t a part of, the excluded people frequently play the “reverse racism” card. The rationale behind the “reverse racism” argument appears to be a need to demonstrate that people of color are privileged and lucky and that they are not the only ones who face discrimination or harassment because of their color.

It’s as if there is a game of racism. And it’s obviously incorrect. Or sometimes, neglected minorities reach a status of safety and privilege that they start to deem to have the right to treat others the way they have been treated for years as if it’s their right of passage. For example, after years of being neglected and denied their rights, a group of people from a particular race or ethnicity may claim special status and rights for themselves, privileges they deny to others.   Their actions to reclaim what had been their right in the beginning, might be taken as a tit-for-tat move to make the racists pay.