Home » Archive » How Can I Recover My Kid’s Deleted Texts? 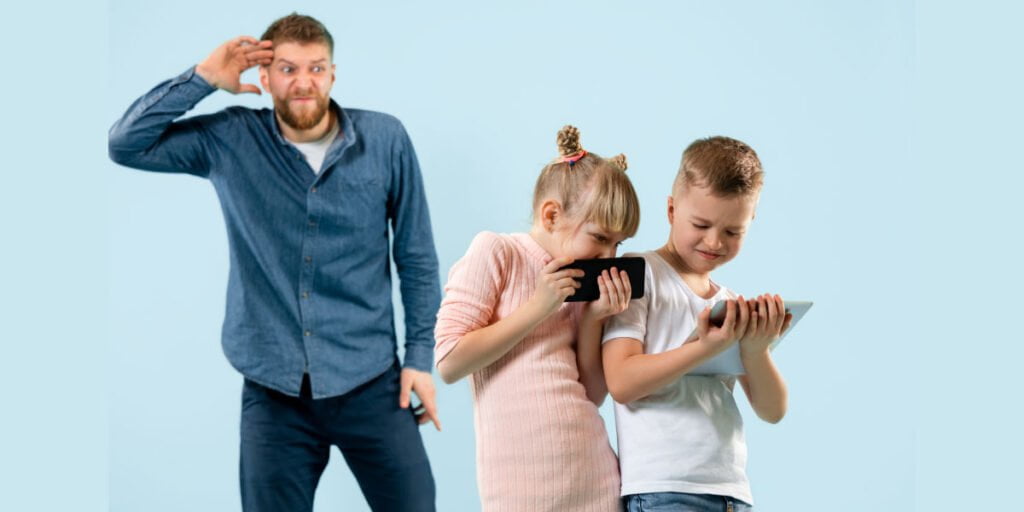 How Can I Recover My Kid’s Deleted Texts?

How Can I Recover My Kid’s Deleted Texts?

Do you constantly see your kid texting on their phone, but whenever you ask to check their messages, their slate is spotless clean? Many parents face this problem with their teenage kids. Teens keep deleting their texts to keep private things private, but the question is, how much privacy is too much for an underage kid? And are you willing to sacrifice your child’s privacy for the sake of their safety or not? So, if you’re asking yourself “how can I recover my kid’s deleted texts”, you’re about to be provided with some answers. Keep reading this article to find out the best ways you can retrieve your child’s texts.

How to Recover Your Kid’s Deleted Texts on iPhone

There are multiple ways for you to retrieve your child’s texts if they’re using an iPhone, which you can find below.

Through the Messages App

Since launching iOS 16, Apple has made recovering messages possible directly through the Messages app. Your child’s text messages can be retrieved for 30 (and even up to 40) days after being deleted.

To recover your kid’s texts through Messages, follow the steps below:

This method involves resetting your child’s iPhone to factory settings (erasing all the data on your child’s phone) and restoring their data from a recent backup on iCloud. So, if you’d like to be able to restore your child’s deleted texts through iCloud, you need to make sure their data (from the Messages app in particular) is being backed up on it first. Otherwise, the texts your child may have deleted prior to activating iCloud backup won’t be retrieved.

Also, keep in mind that incoming/outgoing texts and all other data after the last backup will be lost. Therefore, it’s best to get another backup of your kid’s data on iCloud before resetting their iPhone to factory settings, just to make sure their latest data won’t be gone forever.

Here’s how you can check if your kid has an iCloud backup ready to use, in case you’re not certain:

Follow the steps below to restore your kid’s deleted texts through iCloud:

If you’re a Mac user and have been syncing your kid’s phone to your computer regularly, you can restore their deleted texts through Music. For this to take place, it is necessary that you turn on automatic syncing on their device. As you may have heard, iTunes was retired by Apple after launching the Catalina macOS update. In up-to-date Macs, the program is renamed to Music, and it can act as an offline backup service, as opposed to iCloud.

To recover your kid’s deleted texts through Music, follow the steps below:

Music will show you a list of backups. Pick the one you want by checking the date and time of the backup. The backup process might take a while. Be patient, and you can have access to your child’s deleted messages.

Don’t worry if you don’t have a backup of your child’s data on either iCloud or Music. You can still use third-party data recovery apps to bring back their deleted messages. Most of these apps offer you a free trial, so you don’t have to worry about them being a scam. To name a few, Dr. Fone and PhoneRescue are a couple of the most effective and popular text recovery apps among iPhone users.

How to Retrieve Your Child’s Deleted Texts on Android

If your child has an Android phone, you have fewer options to restore their deleted text messages. Below are a couple of ways for you to achieve this.

Google Support claims that you can restore your kid’s calls, contacts, photos, and more, in addition to their texts. In order to retrieve their data, all you need is to:

Through Their Phone’s Recycle Bin

Some Android phones like Samsung keep deleted texts for up to 30 days in their recycle bin, so you can recover them directly in the Messages app. Here’s how you can do this on a Samsung smartphone:

Third-party data recovery apps make it possible for you to recover your child’s deleted texts as well. These apps usually offer a free trial to show their customers that they actually work. The following apps have proven themselves to be some of the most reliable and effective in this regard:

Recover Your Child’s Texts Through Their Cell Carrier

Last and also least, you can contact your child’s cell carrier and ask for your child’s text history. You can call your carrier’s customer support and ask them if the information is available, and if they are legally allowed to provide you with it. Cell providers are obliged to protect the sender/receiver’s privacy, so your best shot is to get a court order in critical situations. We understand that raising a teenager can be frustrating, even downright hell at times. And you might get worried sick about who they’re in contact with and what their texts contain. The thing is, teens might be prone to dangers they wouldn’t even dream of, all because they’re innocent and naïve. It’s your job as a parent to make sure no one is trying to take advantage of your child. They might get angry now, even throw a million “I hate you”s at you, but they’ll thank you later for keeping them safe from harm.

However, if your child is not much of a troublemaker, we suggest you don’t go too hard on them about recovering and checking their messages. But if you think your kid is a bit hot-headed and may get themselves or even others in danger, it’s best that you do keep an eye on their texts.

But before you start looking for ways to invade their privacy, we advise you to have an honest conversation with them about predators, groomers, phishers, and other problems that texting can result in. Just be careful not to scare them, or seem too frantic. We all know how teens have a tendency to dismiss anything their parents say, labeling them as crazy or uncool. They’re at an age when they just don’t realize how serious these problems are, and how often they occur. Be patient with them, and explain to them calmly how you’re only trying to make sure nothing bad happens to them.

They may still keep hiding who they’re texting, or refuse to let you know what’s going on in their lives regardless of your discretion, however. Ultimately, if you see signs that cause you concern about their safety and well-being, only then do you have the right to read their private texts. We strongly suggest you respect your child’s privacy as much as possible. Invasion of privacy by a parent and a broken trust can cause more damage to them than one thinks. They may develop trust issues that might take them years to overcome, if ever.