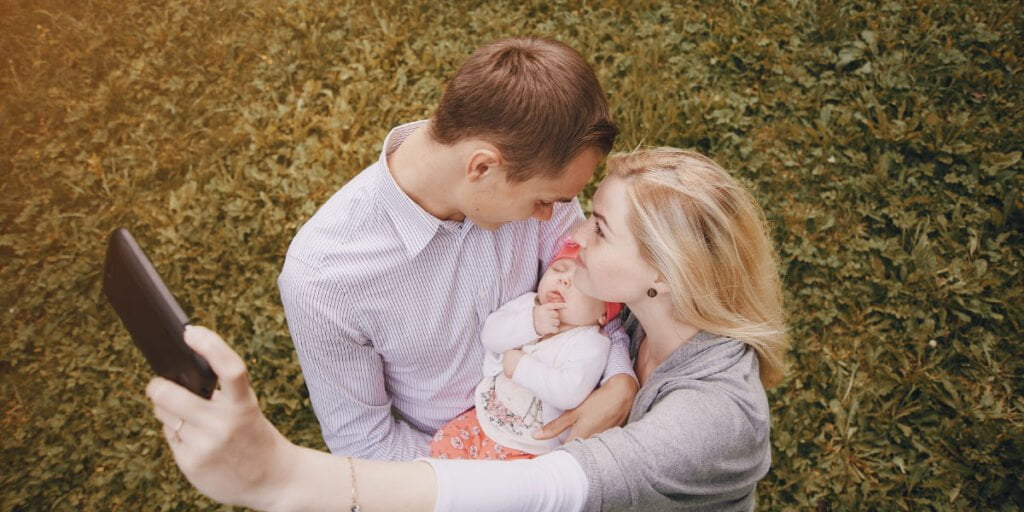 Every time my mother’s friends come around to our house, she shows them pictures of me in a bathtub. Granted, I’m only one year old in that picture, but now that I’m older, I really don’t like people seeing that photo. I’m not the type to take a lot of selfies or photos with others either. So, one can only imagine what future embarrassment this generation will experience given that their parents are posting. It might seem like an innocent thing to do, but there’s more to it than meets the eye and that’s what we’re going to talk about. These are the dangers of posting children’s photos on social media.

Posting images of your child on social media is a cute act, especially if your kid is cute (no, not every kid is cute). But sharing photos of your child might not be the smartest thing to do given the dangers that come with it.

The dangers of posting children’s pictures on social media are as follows:

If your child is posting inappropriate photos of themself on social media, you should talk with them. Using a parental control app like Safes is a good idea. With Safes, you can monitor your child’s digital well-being.

If I had to describe my feeling after someone sees a personal childhood photo in one word; it would be “cringe.” And even though my childhood photos aren’t on social media (to my knowledge), I can guess that my feeling isn’t unique to me.

Posting childhood photos of your kid might not seem like a big deal. But when they grow older, they might feel embarrassed. Think about that yearbook photo that you hate to see. Imaging that photo being circulated and never being destroyed.

Getting consent might be an option if your child is all grown-up now. My mom doesn’t have an Instagram account but if she asks me whether I’m okay with her posting a photo, I might say yes (not the bathtub photo, never the bathtub photo). But you can’t get a two-year-old’s consent, no matter how cute they are. Posting pictures of children without consent isn’t a great parenting move, especially if it’s embarrassing. Pro tip: If it’s cute to you and your friends, it’s probably embarrassing for your kid. 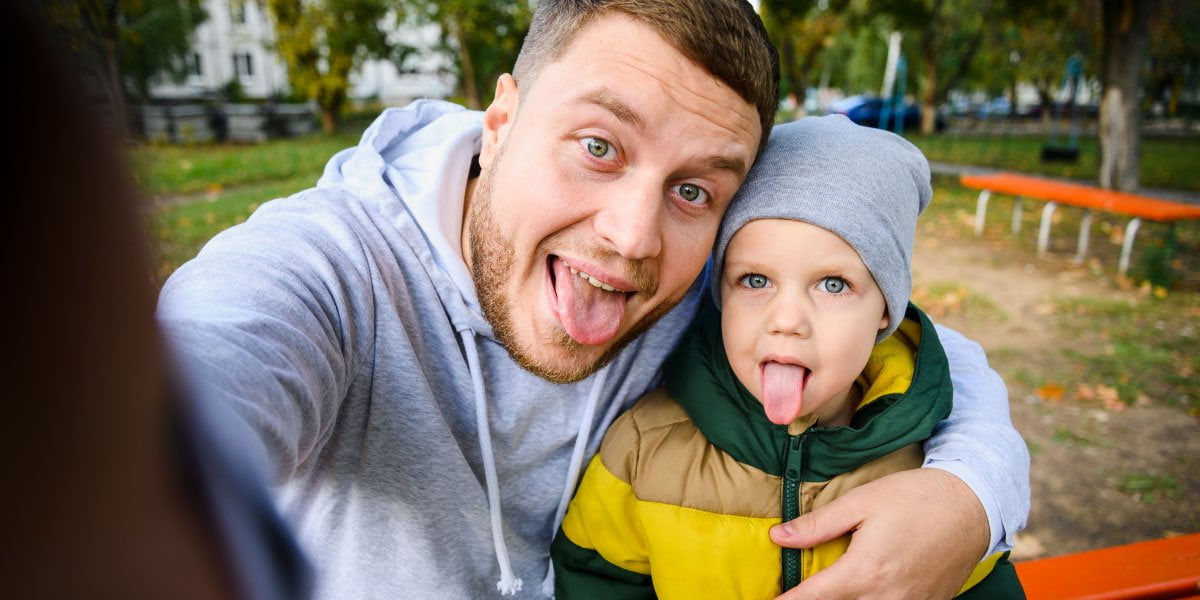 You Don’t Know Where Those Images are Sent

Lately, one of my friends sent a photo of himself in a group on a messaging app. This app tells you how many people have seen the photo. The group he sent this photo to was made up of 16 members. The photo was viewed by 34 people. What happened?

Things like this happen a lot. One of the dangers of posting kids’ pictures on Facebook or any other social media app is that you don’t have control over who sees it. You might think that you have a private account, but it’s easy to take a screenshot. This way other people see the photo; people you might not know or worse, might not want to see it.

Also, if you ever decide to delete the photo, you can never be sure that it’s deleted for good. It might be saved in someone’s cache, or it might still be stored in the social media platform’s servers; you can’t know for certain.

Stealing an adult’s identity needs more than a photo. Stealing a child’s identity usually means having two or three images. You might be wondering why someone might be trying to steal your child’s identity. People might do it because of a joke, or something more serious like baby role-playing.

What’s baby role-playing you ask? I had the same question, and the same expression on your face when I first heard of it. The idea is that somebody creates a social media account with your baby’s photos. They give details about the baby that aren’t real, and even role-play as the baby, responding to people’s comments as the baby!

Pedophiles can use your child’s photos to track down you and your child. It’s not particularly hard to find someone’s address through social media especially if they’re super active on a specific platform. Online stalking is a Christmas gift to sexual predators; they can stalk your child without ever running into trouble for it. 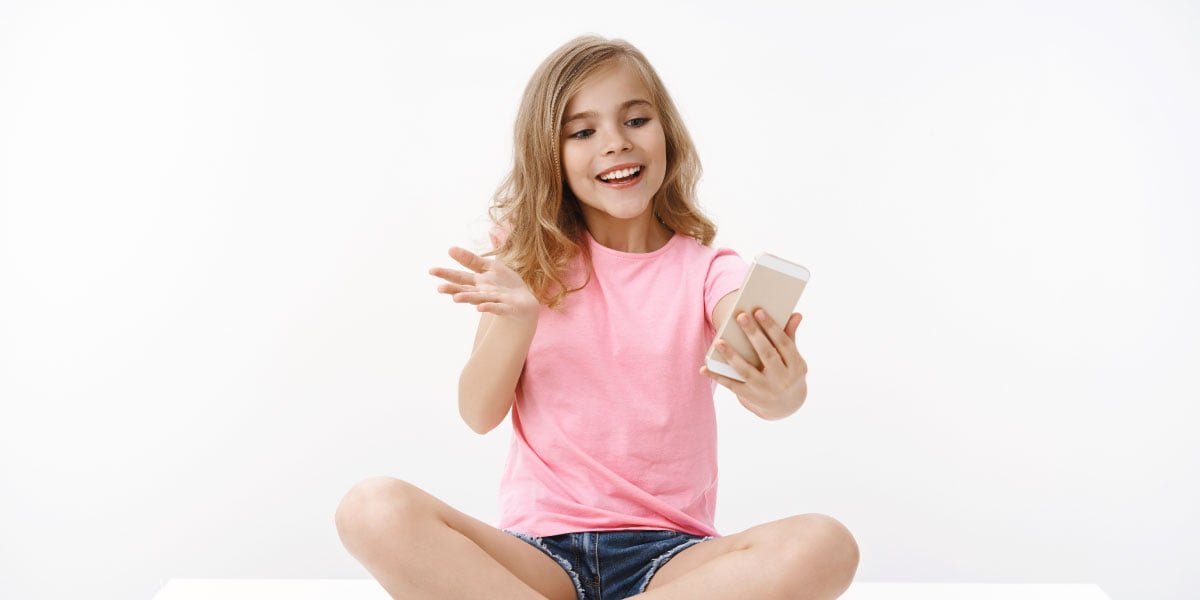 Should I Post Pictures of My Child on Social Media?

The answer to whether you should post pictures of your child on social media depends on the context. If you’re posting a childhood photo of a teenager, you might want to ask them permission first. If you really want to share your baby’s cuteness with others, try to share those photos in person with them. Show them the pictures on your own phone. You can also share photos using messaging apps, though there’s still a problem with where those photos are stored.

If you think that your child is posting images of themself on social media, try to have a chat with them. Talk to them about the dangers of posting children’s pictures on social media. If you feel like they’re not listening, you might want to use a parental control app. This way you can manage your child’s digital presence much more efficiently. Safes enables you to:

Ironically, I’ll be trying to block my mother’s social media apps with Safes, because I know from the bottom of my heart, she’ll post the image of me in a bathtub the instant she gets into Instagram. 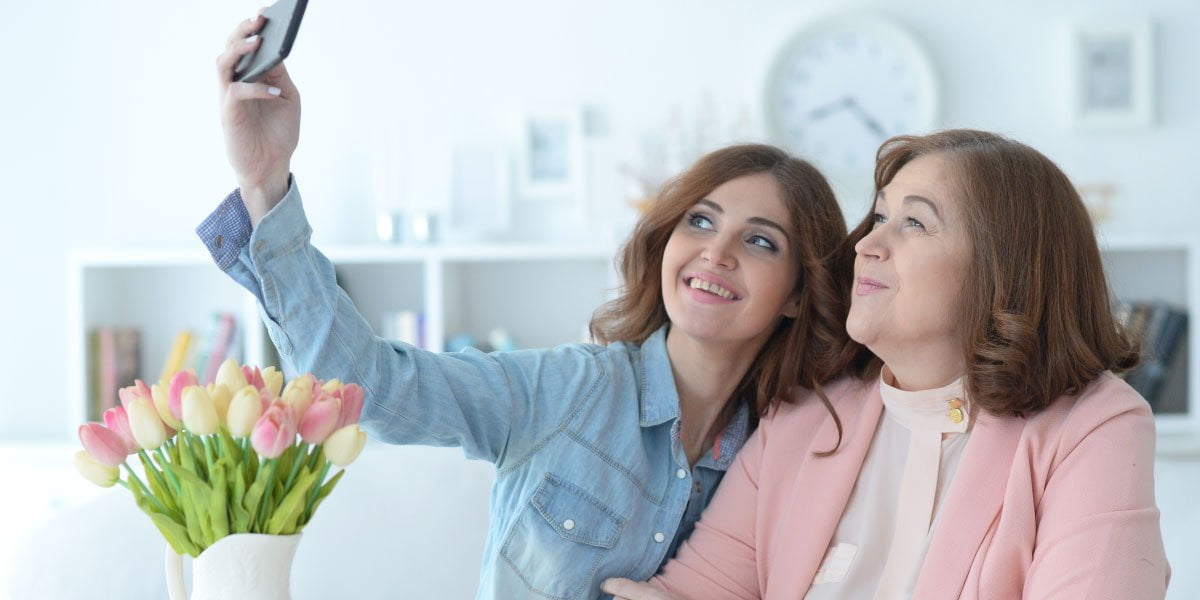 If your page is public, try not to post pictures of your child on Instagram. When you have a private account, make sure that you know your followers personally and that you trust them.

Q: What are the dangers of posting pictures on Facebook?

Images contain information you can’t begin to imagine. Your pictures can give away a lot about your identity, for example, your family status, your financial status, your age, where you live, etc. It’s best to avoid posting pictures on Facebook especially if you don’t know the people who are going to see the post.

Q: What is baby role-playing?

Online role-playing can take the form of people creating fake social media accounts for themselves and taking the role of others. Usually, these others are real people who have had their photos stolen and illegally used by someone else. Sometimes, people use photos of babies to role-play as one. Even answering questions and comments as a baby.