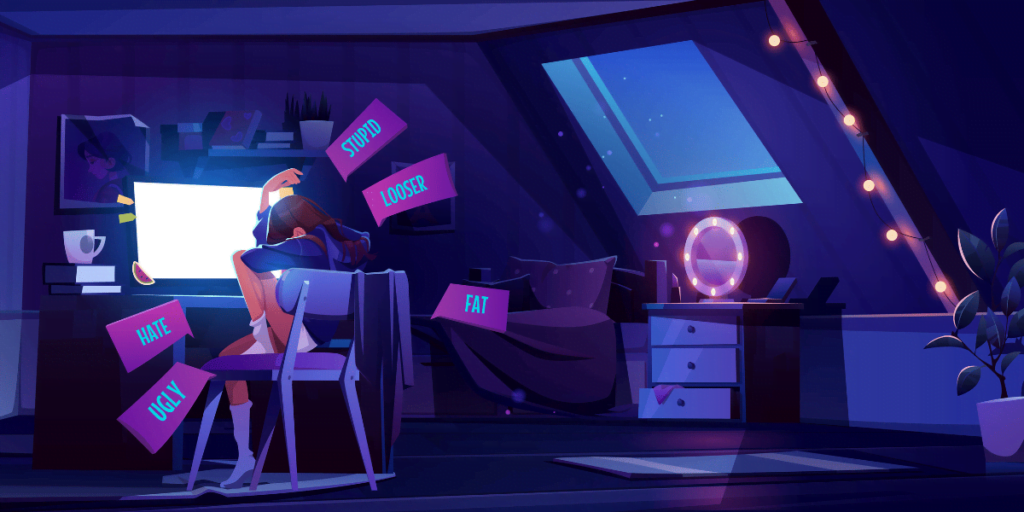 Cyberbullies on the internet has such a wide variety that it can happen on so almost every forum and platform. One can be cyberbullied on websites and social media or via text messages and comments. If you’re worried about your child being cyberbullied, it is important to know how they can get triggered.

One of the most common cyberbullying methods is cyber harassment. It comes in various forms, and you should know what is considered harassment and what is not.

this form of harassment involves sending hateful and hurtful messages or comments intending to hurt or threaten someone. Sometimes bullies start mob harassment and send mean messages to their targeted victims simultaneously, which can be overwhelming and disturbing for a tween.

Cyberstalking is the term for stalking someone using the Internet and is considered a crime in the United States. Cyberstalking happens when a predator or bully follows someone anonymously on social media and constantly sends sketchy messages, threatening or blackmailing the victims by releasing their confidential information online using fake accounts. When someone sends or posts cruel information or starts rumors about the victim to damage their reputation or affect their friendships and relationships, the main techniques used for dissing are the use of hateful texts, screenshots, and photos that can misdisplay an undesirable image of the victim.

The act of subjecting an individual to shame, humiliation, disgrace, and disrepute in the digital world. Online shaming can target many characteristics of a person, from their physical state to their mentality, such as:

Any kind of inappropriate content with you being the recipient is considered cyberbullying.

another upsetting method that is quite common nowadays is sending or publishing nude or any type of explicit pictures of one without their consent.

Sexting can be problematic as it can go viral and be shared by the one who sends or receives them. It means sending explicit texts, photos, or videos in chats, proposing sexual acts, and talking about coitus. Once a picture or a screenshot of the conversation goes viral, the damage is done, and it can hardly be controlled. Be ever that one of the most serious and dangerous examples of cyberbullying is pretending to be someone else on the internet. It can result in so much stress, anger, and even legal difficulties!

Cyberbullies on the internet can hack into different accounts and send inappropriate content, hateful comments, or personal information while pretending to be the victim. They can also steal their info, such as bank account credits and their passwords. This can be disrupting for the target and cause a lot of stress and anxiety and harm their personal relationships.

In this method, the cyberbully uses the victim’s personal information to commit fraud or abuse beneficial credits. Once the thief gets access to your personal information, he can use it to ask for ransom or sell it on the dark web. you can install Safes in order to block cyberbullies attacks from anywhere, at any time. For more information about Safes feature happy to see you.