Home » Archive » Is Minecraft Safe for Kids? What parents should know 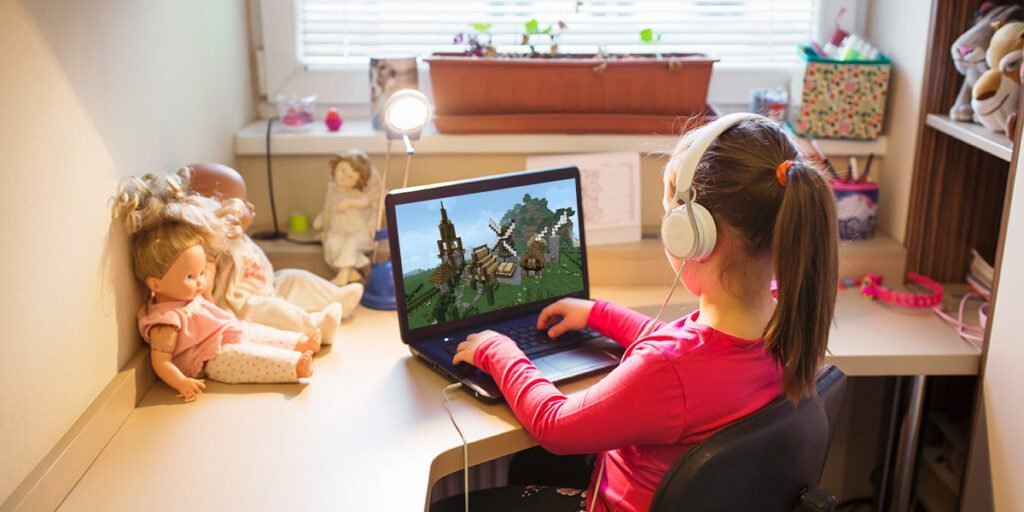 Is Minecraft Safe for Kids? What parents should know

Is Minecraft Safe for Kids? What parents should know

Most video games introduce players to a preset world, plot, and narration. Like authors, most game developers use their games as a book or a stage to illustrate their vision. However, when the Mojang Studios released Minecraft in 2011, they decided to take a different approach to the game. While most games provide your kid with an entirely written story or objective and a ready-made world, Minecraft gives them a frame, a means to bring their own vision to life. Since the game is available for everyone, not all the content people create on Minecraft is appropriate for kids. By reading this article, you will learn more about this game, its mechanics, and the dangers it may put your little ones in so you know when and how to take action. And ultimately, you will find the answer to the question, “Is Minecraft safe for kids?”

When it comes to video games, we usually separate them into two categories: Single Player and multiplayer. People typically expect single-player games to narrate a story in a world with a distinct atmosphere created by its developers. In online video games, players usually need to complete a straightforward objective using teamwork and their mechanical skills. Either way, there is always an objective for players to fulfill.

Minecraft, however, completely disregards this tradition. Instead of taking you on a ride to their favorite part of the town, they toss you the keys. If video games provide players with no objectives, but with the freedom, choice, and ability to express their imagination, we call them sandbox games. These games usually have zero instructions, so they’re designed to be easy to play. As your kid explores the world of Minecraft, they will learn more about how to play the game by experimenting. The game also has a vast YouTube fanbase. These people dedicate YouTube channels to creating educational and entertaining videos for their online community. What Can My Kid Do in Minecraft?

Since Minecraft has no plot or objective, after your kid creates or joins a game, they begin a plotless journey in an infinite world. People usually start by creating a small shelter they call home and a farm to harvest resources. Your kid will also come across randomly created AI inhabitants of the world called villages with whom they can trade.

Mojang made the game to be primarily a survival experience. So, your kid will encounter challenges seen in other survival games. These challenges include having a health and a hunger bar, taking damage when falling from great heights, and fighting with various enemy creatures at night. To stay healthy, your kid must feed their character by finding them edible plants or hunting animals and cooking their meat. However, the main focus of Minecraft, as the title suggests, is on mining.

By mining the ground, your child can access valuable in-game materials like iron, silver, gold, and diamond. Using these items, they can create handy tools and armor and unlock new inventions like boats, carts that move on railroads, or even portals. However, the underground experience can be scary since most precious materials are usually guarded by hostile monsters called Creepers, Skeletons, Zombies, and Spiders.

While useful for beginners, the above information is relevant only for one of the game’s three play modes. In Minecraft, players can choose between three different game modes:

As explained above, survival mode is every new player’s go-to option when starting their first Minecraft journey. In this mode, players control a character limited by a health pool and a hunger bar. They must learn to survive in the wild by fighting hostile creatures, finding food, and constantly exploring. Most gamers may have a blast playing Minecraft in survival mode. However, there is a more suitable game mode for those wanting only to explore Minecraft’s creative side. Using the creative mode, players can:

This game mode is perfect for younger audiences, beginners, and those who prefer solely focusing on the innovative aspects of Minecraft.

Adventure Mode is very similar to survival mode. The only difference is that in adventure mode, players get to explore downloadable game maps others have created. In this mode, your kid will have to face the same challenges as in the survival mode.

Apart from the game modes, there are also four difficulty levels: Peaceful, Easy, Normal, and Hard. These levels dictate how challenging your kid’s game experience will be by altering the health bar and the enemies’ dealt damage. Note: Selecting the Peaceful difficulty level neutralizes all enemies.

Minecraft has been out for over a decade now and remains one of the most popular multiplayer games to this day. So, it makes sense that the developers at Mojang Studios decided to make numerous versions of the game on every platform. Overall, the game was released on the following platforms throughout the years: Windows, macOS, Linux, Android, iOS, iPadOS, Xbox 360, Raspberry Pi, Windows Phone, PlayStation 3, Fire OS, PlayStation 4, Xbox One, PlayStation Vita, Wii U, Apple TV, tvOS, Nintendo Switch, and New Nintendo 3DS. However, it may not be available on all these platforms. The table below is from the official Minecraft website. It contains the game versions still available for purchase and their associated prices.

Is Minecraft Safe for My Kid?

Parental supervision is necessary when it comes to video games, especially if the game at issue is not entirely a solo experience. But before we talk about whether Minecraft enables your kid to interact with strangers, let us take a deeper look into the game and see if it contains anything inappropriate. Is Minecraft too Violent?

Violence in video games is one of the most concerning matters for responsible parents. But since Minecraft has a cartoony and pixelated design, the violence in the game is very mild. Killed creatures vanish in a puff of smoke and without showing any blood. Plus, you can make the game even less violent by setting the difficulty to Peaceful.

Is Minecraft too Scary or Challenging?

Mojang Studios has deliberately designed Minecraft to be kid-friendly both visually and gameplay-wise. The music, the world, and the enemies are cuter and more colorful than in other games. Plus, the fighting system in Minecraft is plain and simple: equip a weapon and press or hold a button to deal damage. But suppose your kid has difficulty fighting enemies. In that case, you can lower the difficulty to the Peaceful level, where no hostile creature would attack the player. All in all, it’s best to monitor your child’s reaction and performance as they play the game for the first time and adjust the game settings accordingly.

The good news is that Minecraft lacks an in-game voice chat feature. So, not only strangers will have a harder time interacting with your child. Moreover, it is harder for predators to spot children on Minecraft servers. However, while the game lacks verbal communication features, your kid can still interact with others using the game’s text chat feature. Plus, strangers may ask your little one to join a voice call on external apps like Skype or Discord. Discord is a social platform primarily used for gaming purposes, and it is not appropriate for kids under 13.

Not only Minecraft has zero inappropriate content for kids, but it also has educational value thanks to its realistic building mechanics. So, while building windows for their new house in Minecraft, your kid will learn that glass is made by melting sand. However, if you don’t supervise your kid’s screen time, they may spend extended hours playing the game due to Minecraft’s addictive gameplay. And doing so may hurt their academic performance.

What Do Other Parents Think? A Parent’s Review of Minecraft

A few weeks ago, we asked a mother of an 8-year-old to play the game with her son, and here is what she had to say about the game:

“Minecraft is great at encouraging children’s and adults’ creativity. After I spent time playing it with my kid, I realized the game is an excellent way to bond. But you better be aware of the microtransactions in the game. Kids may want to buy new worlds, or “realms,” as my son has corrected me every time! You may want to explain to them how buying these realms costs real money. Most game servers me and my son played on were okay, but make sure you check the servers your kid joins from time to time.” How to Make Minecraft Safer for Kids

While all gameplay elements in Minecraft were crafted with kids in mind, leaving your child to their own devices may come with prices and vices. It’s important to monitor kids to make sure they don’t spend real money on in-game items without your knowledge. Plus, you should ensure they won’t get addicted to the game. Here are a few ways to make Minecraft even safer for your little ones:

Though Minecraft can be an educational game, avoiding too much of a good thing is always better. Like other hobbies, if your kid spends excessive time playing video games, they may develop an addiction. And playing video games for several hours back-to-back may hurt their physical health and grades at school. Safes can help set a healthy timespan for your kid’s online activity by restricting screen time. Furthermore, Safes can help you block external communication apps like Skype and Discord to avoid risky voice calls between your kid and strangers on Minecraft’s servers. Using our parental control app, you can set such restrictions using these features:

This tool allows parents to set device usage restrictions for every day of the week. Using this feature, you can adjust two parameters:

While Screen Time Limit restricts your kid’s device usage, with Smart Schedule, you can limit their app usage. Thanks to this feature, you may set separate limits for each app on your child’s device, including Minecraft. The settings are identical to the Screen Time Limit tool.

App Blocker’s functionality is plain and simple. It shows you a list of the apps installed on your kid’s device and allows you to block them instantly. Doing so takes away your kid’s access to the blocked application.

Minecraft has servers that allow players to play in the same realm and interact with each other through the in-game text chat. So you may want to look for servers dedicated to following a strict and family-friendly code of conduct. These servers usually assign responsible people as moderators, allowing them to temporarily or permanently ban users who misbehave. To find game servers most suitable for a younger audience, you can look at the list of top 10 kid & family-friendly public Minecraft servers gathered by Twin Cities Kids Club.