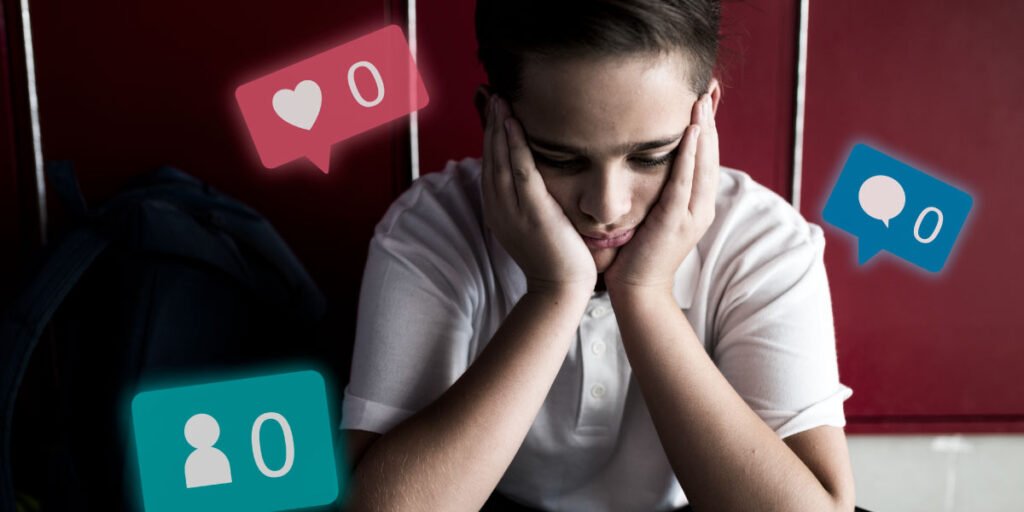 Social Media Is More Harmful Than Beneficial for Our Mind

Social Media Is More Harmful Than Beneficial for Our Mind

Is social media more harmful than beneficial for me? You may have asked yourself the same question many times before.

Every time you open Instagram, you might second-guess your decision to tap on the app icon. And yet, you don’t seem to be able to help yourself. And your excuses to keep checking them might actually be legit. There are advantages to using social media.

But when you look back at the person you were before social media came along, you may find that you’ve become restless, less focused, and more likely to put yourself down. While you may not have linked the changes in your mental and physical state to them, some studies suggest social media is more harmful than beneficial.

This article will note the pros and cons of using social media platforms and how social media can do us more harm than good.

The Advantages of Using Social Media

The Downsides of Social Media

The long-term effects of excessive social media use are yet to be discovered, as it’s only been roughly a decade since the emergence of these platforms. Even so, there is evidence indicating that social media can intensify feelings of loneliness, underachievement, anxiousness, and a tendency to self-harm.

Among the most prominent negative influences of extreme social media use, we can name:

People usually only show the highlights of their lives on social media, so it’s no wonder that you may end up feeling insecure about your own.

You might constantly feel inadequate and unable to appreciate your achievements if you spend significant time on these platforms. That’s because they ignite social comparison, leading to feelings of inferiority. Your looks and success suddenly aren’t worth a thing if they don’t measure up to other people’s.

In the end, you might find yourself becoming more envious every day of even the people closest to you.

Social media can cause you to become obsessed with getting engagement. That is because every time you get a like or a new follower, your brain gets a dopamine rush, which is exactly what happens when you win while gambling.

Social media platforms are designed to be addictive in this way to make sure you come back for more. After all, that’s how these huge companies make their billions. That’s why they try their best to make you crave one more response to your Instagram story or positive comment and get you to keep refreshing your feed. 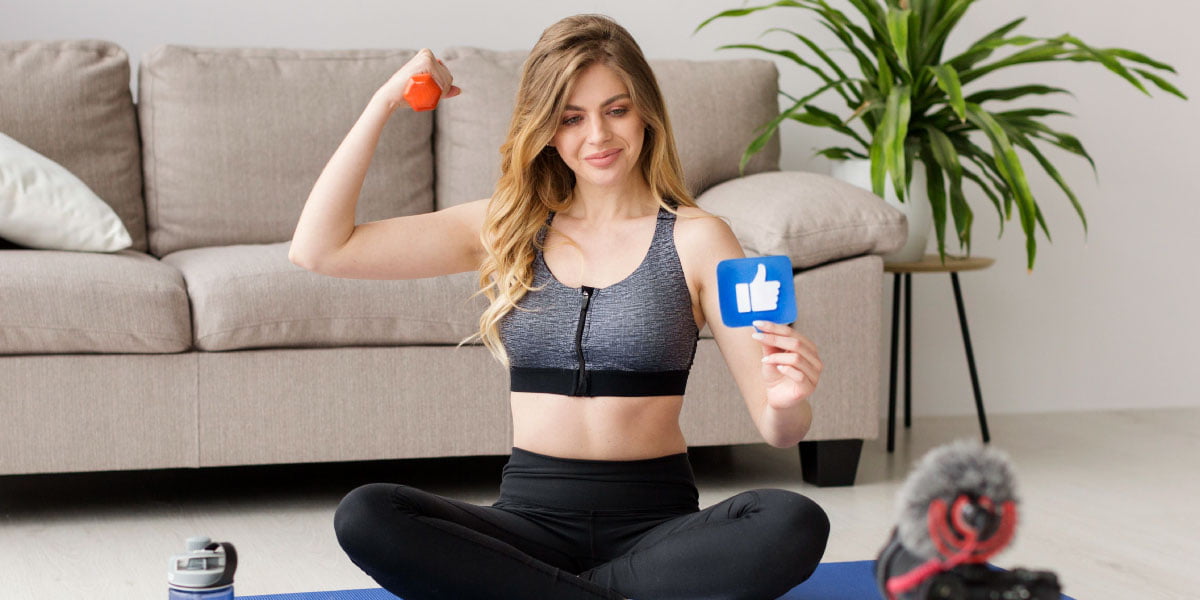 Fear of missing out. We’ve all experienced it. Although it existed long before social media came around, these platforms seem to intensify it. What if you get invited to a party you don’t have time to go to? How will you handle seeing the pictures your friends post on Instagram afterwards?

You might even get sleep deprivation just because FOMO doesn’t let you give yourself a break from social gatherings. And it’s not just the missing out that worries you; it’s also facing the evidence of it on social media: pictures and videos of people having a good time without you.

Ever since the invention of smartphones and then social media, our concentration level has noticeably decreased. Social media is designed in a way to keep you scrolling through endless fragments of content with various topics, so it’s not surprising that we’ve been having trouble focusing on one single subject or activity in the past decade.

The privacy settings in social media platforms can encourage users to cyber-stalk. We all have that one ex we want to keep an eye on, and social media makes it much easier to do so. You can check someone’s profile a hundred times a day without their being notified. Sharing your location can also put you in danger, as cyber-stalkers can find out the spots you frequently go to.

Social media can disrupt the development of social skills, especially for children, as their frontal lobes are still being formed. Social skills can be learned through interaction with others—whether in person or online—but social media does not provide an environment for this type of practice.

For example, communication on social media lacks the immediate feedback from your audience that you’d get from face-to-face interactions. At the same time, it’s missing the opportunity to build up a rapport with your audience over time and establish mutual trust.

Moreover, online communication is inherently more impersonal than communication in person. It’s easy to forget that when we interact via text message or email, there’s no body language (and, therefore, no facial expressions) to convey emotion. We must rely on tone of voice alone if we want our friends or co-workers to understand what we’re feeling at any given moment. And because it’s so easy for people to hide behind their computers when communicating online, they’re less likely than ever not just to say what they mean but also mean what they say!

Cyberbullying is one of the most common forms of social media abuse. It’s a form of bullying or harassment that occurs through electronic forms of contact such as email, instant messaging, text messages, and some online forums. Bullies often take advantage of the anonymity offered by these new technologies to say things they wouldn’t dare say in person.

Although bullying has always occurred in schools and workplaces as well as across neighborhoods and communities, cyberbullying differs from other types because it occurs electronically instead of face-to-face. For example, bullies tease victims about their weight or appearance during at school. Cyber bullies, on the other hand, send anonymous messages bashing the target’s looks from their desk at home. This wat no one else can see what they’re doing—or who they are doing it to!

Cyberbullying can have devastating effects on children. In the article “What Are the Effects of Cyberbullying on Children?” I’ve explained these effects and how to prevent them. Moreover, in “What to Do When Your Child Is Cyberbullied?” I’ve discussed different ways to help your child if they’re cyberbullied.

Depression is one of the most common mental illnesses in the United States. According to SAMHSA’s National Survey on Drug Use and Health, in 2017, about 7% of people aged 18 or older had major depressive disorder (MDD) at some point in their lives. This source emphasizes the correlation between using social media and depression. Social media may contribute to feelings of loneliness, inadequacy and self-absorption, causing depression and anxiety in some people.

Social scientists have been studying how social networks like Facebook affect our mental health for years now. Studies show people tend to feel worse after using their computers, even when they think they’re having fun!

And there’s one more side effect of using social media that can make you more self-absorbed: narcissism. Narcissists are people who have an inflated sense of their own importance and a deep need for admiration, according to the Mayo Clinic.

Other signs include an overstated sense of uniqueness, arrogance and a lack of empathy for others. These are all traits that could be associated with someone who posts selfies on Instagram every day and posts status updates about how great their life is every chance they get.

What’s the biggest concern about social media? Losing self-control. You see and hear about things you want—things you don’t necessarily need but want to have. This can lead to a few issues:

In conclusion, social media can have a negative impact on your mental health. To name a few, it can cause loneliness and depression, it can contribute to cyberbullying, and it may lead to self-absorption. This technology has made us lose control of ourselves because we are always on the phone or computer so that we do not miss out on anything important happening around us. In general, these platforms should be used responsibly if we want them to be beneficial rather than harmful to our minds.

Since children’s brains are still developing and they lack the knowledge and experience to protect themselves from the harms of social media, they’re more vulnerable to these drawbacks. You can try installing parental control apps such as Safes on their phones, tablets, and computers to protect your child. With Safes, you can control what social media they access and how much time they spend on them. Using Safes’s Social Media Monitoring feature, you’ll be notified if your child is viewing inappropriate content or sending/receiving risky messages.

Feel free to give Safes a try!